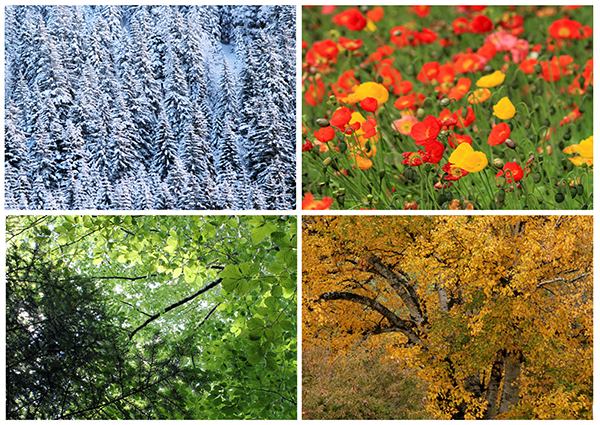 It’s that time of year again – frigid in the morning, unbearably hot by lunch, and back to the cold by the time you get back from work. You might be enticed by the idea of a jog before the start of your day, but your sinuses have other thoughts.

You went for COVID testing and got a negative result; the same thing may have happened with cold and flu tests. So, what exactly is the deal with the weather disrupting what might otherwise seem like peaceful living?

Join Pittsburgh Sinus Centers and Dr. Sam Mathur as we break down the facts and offer ideas on how you can make the most of your winter.

Though heat and cool fronts can happen at any time of the year, they are more common and noticeable as we transition from season to season. These occur when a hot or cold air mass pushes into one of an opposing temperature. For example, as a cold mass moves throughout an area, it creates fluctuations in weather activity, such as hail and gusty winds, due to the shifts in atmospheric pressure caused by the differing densities in the masses.

Once the sun’s energy starts to hit the earth with a consistently spread-out surface area, we have entered fall and winter. When the energy is more focused, we enter the warmer months of spring and summer.

So, Are Allergies Bad Right Now?

Due to the changes in atmospheric pressure and personal activity, persistent exposure to weather fronts of differing temperatures affects the sinuses more frequently during cold weather months.

However, during hot weather months, heightened humidity and resulting atmospheric pressure can bring out:

∙ Bugs and insects – Especially cockroaches, insects shed their exoskeletons and produce feces which are among the most common of allergens.

∙ Humans – During times of excessive heat, we are drawn to areas with water or shade so we can cool off. Even if this means staying at home, which can have a similar exposure to allergens, you’ll need to make sure you’re prepared to combat your allergy symptoms.

If someone has come down with an allergy or sinus headache and does not receive proper treatment, the resulting nasal blockages caused by the weather can lead to:

∙ Earaches – If fluids in the sinuses and nasal passages cannot drain as they normally do, the eustachian tubes are likely blocked as well. These tubes, which connect the middle ear to the upper throat and back of the nose, work to prevent fluid buildup and abnormal air pressure from affecting normal ear function.

∙ Difficulty hearing – Consistently unprotected exposure to cold weather can cause hearing loss as well. Commonly known as “surfer’s ear”, this is a condition characterized by the development of tiny bony growths in the ear canals which are known as exostoses. These constrict the ear canal which can make it difficult to drain things like water, ear wax, or dirt, and lead to not only ear infections but also permanent hearing loss.

Protect Yourself During These Times

Weather can wreak havoc on our bodies – sore throat, headaches, common colds, etc. Before you decide to go out for that run or embark on that hike in the woods, take a second to:

∙ Dress Accordingly: A coat, scarf, and earmuffs can go a long way when it comes to preventing ENT symptoms during the cold weather. Protect yourself appropriately during hot weather as well.

∙ Don’t Forget About Those Eustachian Tubes: If you know you are at a higher risk of eustachian tube congestion, medicate according to your allergy plan and doctor’s advice.

∙ Plan Ahead: Generally speaking, this is one of the best things to remember when dealing with the elements. An example might be looking out for an excessive heat warning from a trusted weather source. If you know you’re going to be exposed to the elements, plan now and worry later.

If you think you may have suffered a serious injury because of the weather, please contact emergency services by dialing 911.

Whatever the weather or cause(s), lasting relief from painful, chronic sinus problems and ENT symptoms is possible. Contact Pittsburgh Sinus Centers today to book an appointment and learn more about your options.